The British Design and Art Direction Awards dinner of 1997 was a bit of a car crash.

Kicking off in the Odeon, Leicester Square,for the actual Awards, the assembled then had to walk to the Cafe Royal just off Piccadilly Circus.  The dinner, dancing, drinking and other diversions were spread out over several floors.

The great, the good and the liggers of both advertising and design tottered past the West End crowds in glittery heels and various approximations of black tie dress.  (Told to conform to  dress code, young creative turks rigidly conform to the ‘anything but’ principle and look uniformly ragged. The women, eyeing the menfolk pityingly, seize the opportunity to dress up and be their truly fabulous selves. ‘Twas ever thus.)

The after-event consensus was that the evening lacked ‘heart’.  A bold idea to up-end tradition became as lost as some of the creative types blundering about (what was) the Swiss Centre. Marooned, yards from their destination, they fluttered like mournful moths.

All of which overshadowed the originality of the peripatetic event. I was happily roped in by the brilliant Mike Dempsey to help produce much of the ticketing and programme stuff for the night.  Mike is an extraordinary designer. His original idea was to champion language and writing across all the various pieces.

The results are shown here. It was one of the most enjoyable collaborations I’ve ever undertaken. Right down to the VHS video cover – how quaint now – and the goody bag that guests took away with them, I had free reign to try and pump character into the text.

The next year, the advertising and design villages were duly back in the Grosvenor House, busy chucking bread rolls about and failing to tip the long suffering loo attendants. 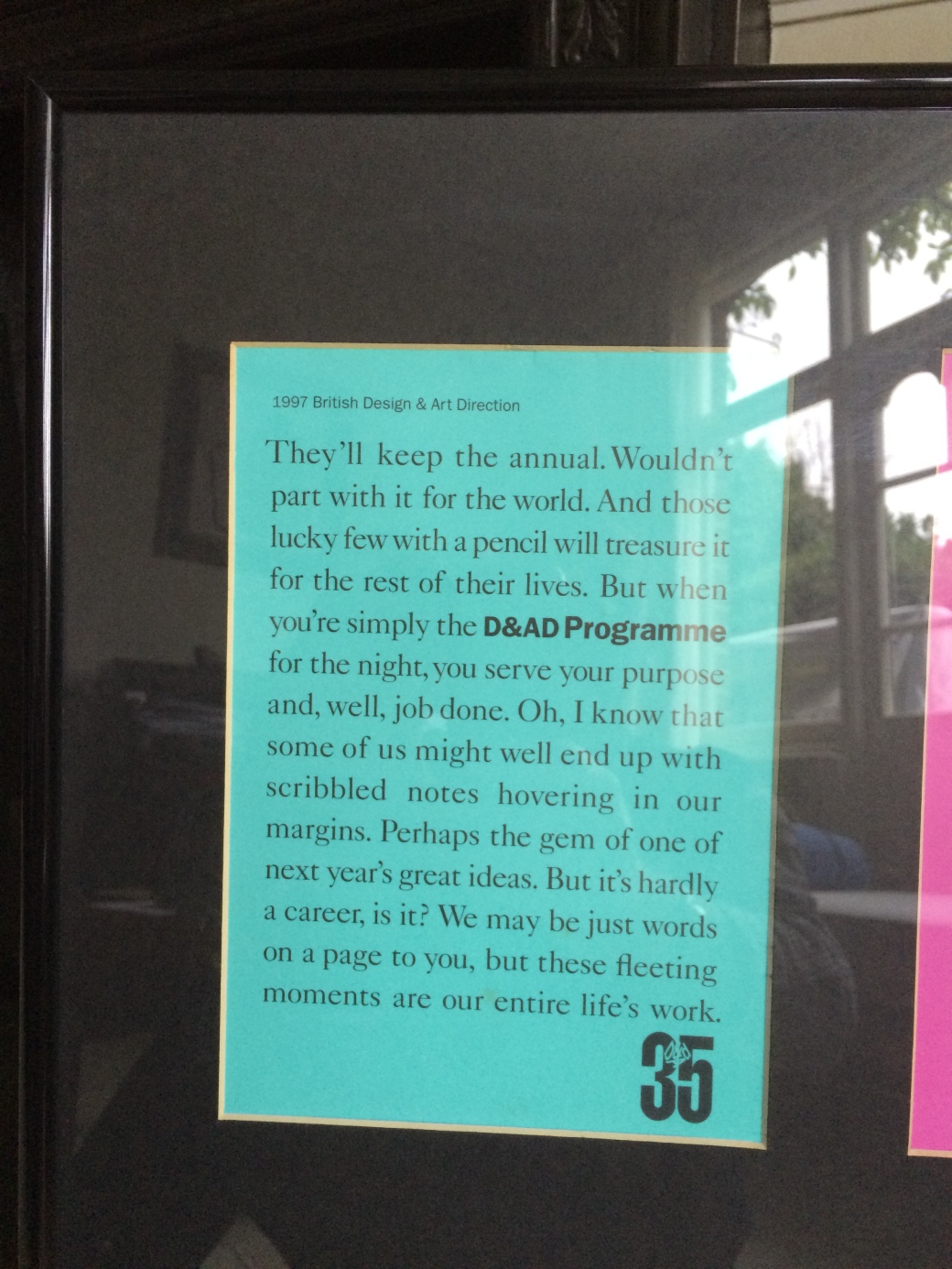 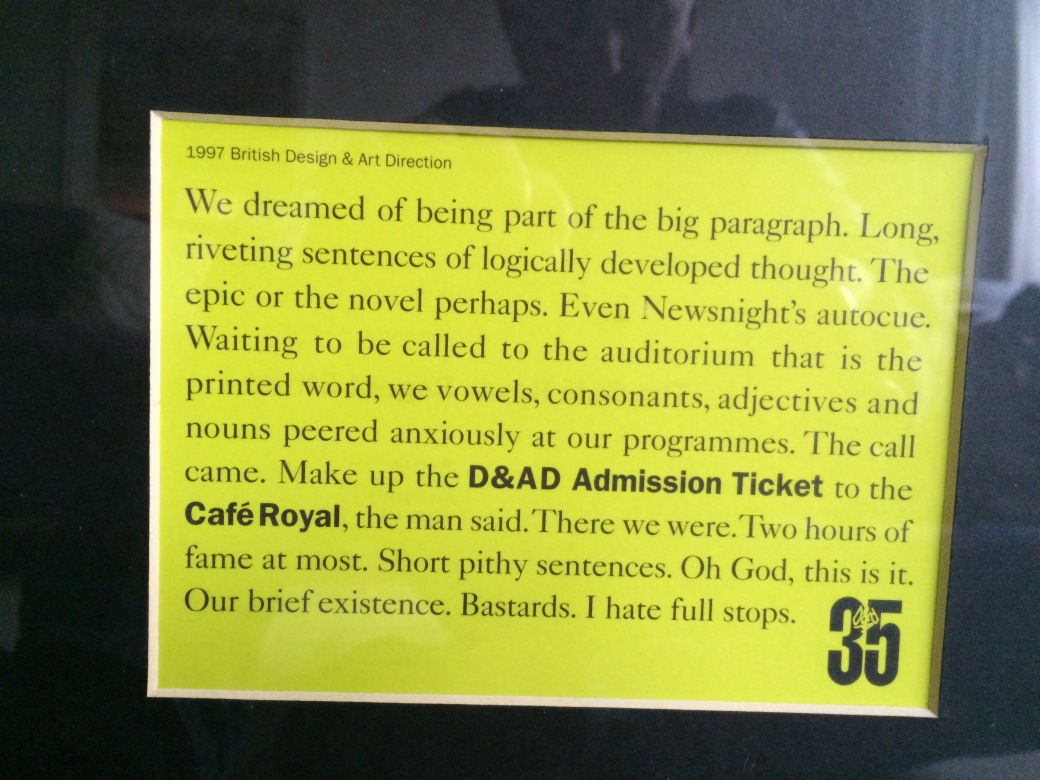